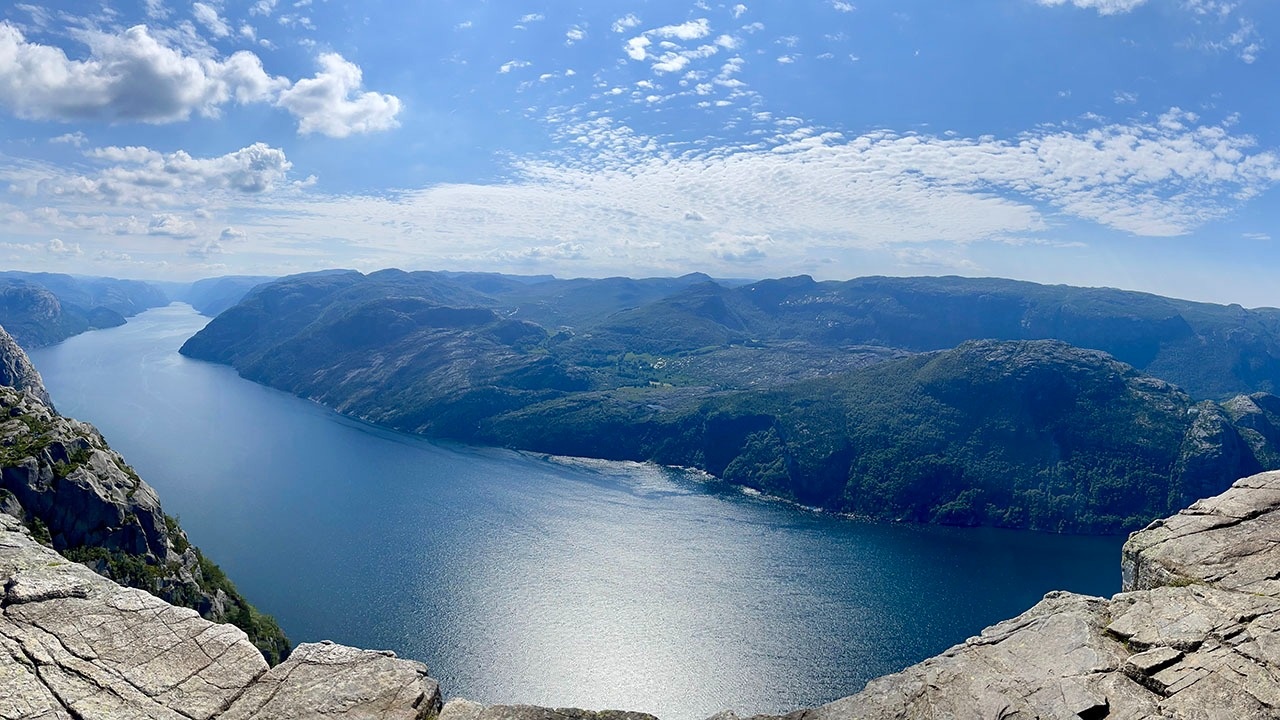 As part of a visit with my daughter who is studying in Germany, I was able to take her to one of the most awe-inspiring places I’ve ever been, Preikestolen (otherwise known as Pulpit Rock) in Norway. While there I told her the story about the group I was with when I went the first time. In so doing, I realized that there was a missing piece in terms of how we think about stories. They are not just told in terms of characters who move through time and space, they only come alive when they are connected with those who lived them and those who hear them.

What new stories do you want to be a part of?

This came to mind as well when we ran our first live event in over two years, a 2.5-day retreat in the UK. What fascinated me most about the nearly 20 of us who gathered was what we discovered in exploring life after the thresholds we’ve crossed, personally and collectively, in these times. We usually put so much emphasis on crossing them. This group relished time to be in and breathe through the unknown on the other side. It feels like essential work as we move through this in-between time.

What are you noticing? Needing most right now?

We talk a lot about what I call structured emergence in our programs. In part, this is a shift from a focus on change as a discrete event to adaptation as a continuous process. Like an estuary, life ebbs and flows. Sometimes we need new structure (reality) to support what is emerging (vitality) and sometimes we need new emergence (vitality) to align with the current structure (reality).

This is all part of our commitment at The Moment Institute to lead the way in deepening our capacities as practitioners to liberate the learning in any moment. Sometimes our estuary floods and we put more structure in place. Sometimes parts of the estuary dry out because we have not enabled enough emergence. Like all of us, we are learning and adapting as fast as we can.

What's next at The Moment Institute:

David returned to the WBECS Pre-Summit this year and offered five provocative propositions about what people need from coaching now. He was voted one of the top 10 speakers at the global event! Watch the archived presentation here.

David is also doing a live Narrative Coaching demo as part of the WBECS Full Summit on July 14th and will be offering a special Q&A session on July 21st. Register for that complimentary Q&A session here.

David is working on an event with the Institute of Coaching for those studying the future of coaching. A framework from his early research on coaching as a post professional practice was used by an ICF advisory panel that wrote the standards for team coaching. David is also one of two coaches on an ICF Working Group that has written standards for the use of AI in coaching, and is writing a paper with a colleague on technology, coaching and ethics. One of his key points is that to avoid the seemingly inevitable deleterious unintended consequences of technology adoption, we need to concurrently evolve the humans who use it. This is why, in large part, he is serving as the Advisor on Learning and Development for Ovida, a new AI platform designed to accelerate the development of practitioners like coaches and supervisors.

If you want support for these questions and more, check out The Threshold Lab. It is a space to interact with peers around David’s work and the issues we face as practitioners in these times: How can I integrate the best of what I have learned? How do I care more for myself amid giving so much to others? How can I adapt my practice?

Take control of your finances with this free 4-step guide.